We’ll find the right mortgage for you, and handle everything from start to finish.

Find and apply for the best deal possible

All online, fast and simple 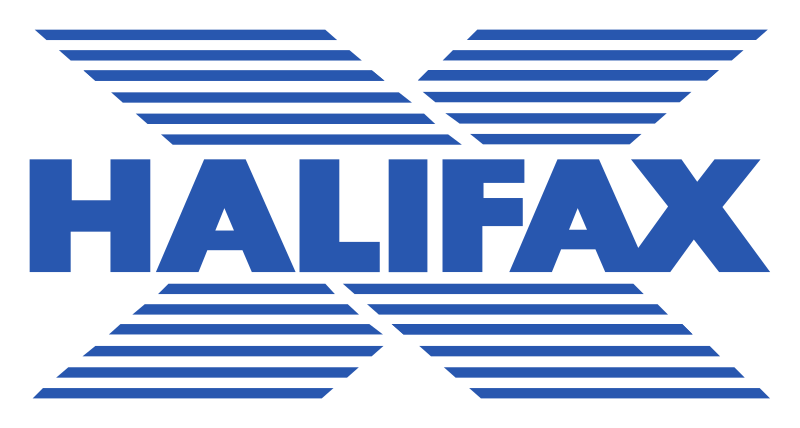 Why use Habito for your mortgage?

Get personal advice over live chat, whenever it suits you. Our mortgage experts are all completely impartial. We're on your side, not the banks'.

Our mortgage advice (and submitting your application) is 100% free. Like all brokers, we get paid by lenders. Unlike many brokers, we won’t charge you a fee on top of that.

Much more than a comparison site

We’ll both find and get your mortgage for you. We’ll guide you through the whole process, from searching for deals to sorting the legal stuff.

We've helped over 300,000 people save money and find the right mortgage for them.

As first time buyers, getting a mortgage can seem daunting, but Habito made life so much easier and were super helpful!
Sean February 2021

Ready to get started?

What goes into applying for a mortgage?

First, save for your deposit
‍
You’ll need to make an upfront payment on the place you want to buy – usually at least 5% of the property’s total value, ideally 10% and up. (Although right now in the UK, there a lot fewer options at lower deposit percents.)
‍
A mortgage calculator can help you check what you can afford.
‍
Get a mortgage in principle to show to estate agents
‍
An MIP, or “mortgage in principle” is a document you’ll get from a lender or broker that uses a few bits of information about your circumstances to show roughly how much you can borrow. Get one from Habito in five minutes – no documents or credit searches needed.
‍
You can also get an AIP, or “agreement in principle,” from a bank or lender, which is similar to an MIP, but one step up – because they usually require some extra checks. The lender might need to see some documents from you, and do a brief check of your income and credit score to see if you can afford to pay back the loan.
‍
Here’s more on MIPs and AIPs. Legally you don’t have to get either, but they can help you. An MIP shows estate agents and sellers that you’re serious about buying, and in a position to do it. An AIP can sometimes speed up the full application you have to do later (if you still want to go with the same lender you got it from).
‍
When you’ve found a property, get an expert on the case
‍
You’ll almost always get your mortgage from a bank or building society. There are tonnes of calculators and comparison sites all over the internet that you can wade through yourself, but your Habito mortgage expert will guide you through a search through every deal out there. They’ll give you a recommendation: the cheapest deal that matches your needs, circumstances, and eligibility. Habito is a “whole of market” broker, which means we have access to virtually every mortgage option in the UK, sometimes even ones that you couldn’t get from the bank directly.

Remember, you can ask for help from a broker at any time before you apply for a mortgage – and Habito’s advice is free.
‍
Get a solicitor on board
‍
It does seem silly that you’d need a solicitor before you’re even approved for a mortgage, but nonetheless, they need to be named in your mortgage application!
‍
There’s lots of options for solicitors out there. With Habito Plus, you can get your solicitor sorted, as well as the property surveys you’ll need down the road, in one place.
‍
Submit your full mortgage application
‍
Finally, it’s time to submit your full mortgage application.
‍
When you submit your application in full, lenders will confirm the details you’ve already provided, look at your documents and make some final checks before they – hopefully – accept your application.
‍
Your Habito mortgage administrator will guide you through the waiting period here, handle any back-and-forths with the bank, and chase them for updates.
‍
Get a property survey
‍
The lender will send a surveyor to check the property you’re buying, and you can send your own too. A surveyor’s job is to check the property is worth the agreed price, and works for the lender as a security against the loan they’re giving you. Depending on if you get a survey done yourself, and what kind, it’ll flag any major issues to you before you sign your name on the dotted line.
‍
If you need to at this point, you can renegotiate the property price (which also means altering the amount of mortgage you’re applying for). Your Habito Plus team will walk you through the survey and guide you through anything that needs to be followed up on.
‍
And then… you get your mortgage offer!
‍
(Fingers crossed!)
‍
Here, you’ll get your official offer from the lender in writing, and sign the mortgage contracts.
‍
Completion day 🔑
Your solicitor sends the seller their money, and you’ll get the keys to your new home.

Should I choose a fixed rate or variable?

Choosing a fixed rate or a variable rate is one of the first decisions you’ll have to make when it comes to deciding what kind of mortgage is right for you.
‍
Here’s what’s the same about them: both fixed and variable rate mortgages will have a “deal” period – that’s how long the interest rate you’re signing up for lasts. You can choose either:

- A mortgage with an initial period (usually 2, 3, or 5 years), where you pay a discounted interest rate for a limited period of time, after which you remortgage or slip onto your lender’s default rate (more about that below)

‍A discounted rate mortgage gives you a discount on your lender’s standard variable rate (SVR) for an initial period, usually 2, 3 or 5 years.
‍
They’re not the same as a fixed rate mortgage, because they’re still tied to a variable rate (the lender’s SVR) – so if your lender raises interest even a little, that can increase your monthly repayments. And unlike being on an SVR, they usually do include a fee for paying off your mortgage early or remortgaging, though only during the initial period.

‍The total cost of a mortgage

‍Interest rates alone can’t tell you which mortgage is cheaper. That’s because a mortgage might have a lower rate, but end up costing more because of fees. So when we talk about the ‘total cost’ of a loan, we’re factoring in the interest rate, fees, incentives – all the money you have to pay the lender, usually assessed over the initial period of the term.
‍
Let’s say you want to borrow £200,000 over 25 years, and you’re comparing loans from two different lenders.
‍
See how even though the first interest rate looks lower, it’s actually a higher total cost when you add it up over the 2 years of the initial period:

For most people, saving up for a deposit is the most difficult part of getting onto the property ladder. With the Help to Buy scheme, you can buy a home with just a 5% deposit, though you can still go for a bigger deposit with Help to Buy if you like. The government then gives you a loan for up to 20% of the property’s price (40% in London). This loan stays interest-free for 5 years.
‍
More on Help to Buy
‍
Read the T&Cs

‍Get as clued up as you can on any scheme, before you go for it. For example, Help to Buy is only available for specific, new build properties. And the government will own a share in your home which you’ll need to buy back, in addition to paying off the loan.
‍
For shared ownership, another government scheme, some housing associations don’t give up sharing – they cap the percentage you can own of your home.
‍
Make sure you know what you’re buying, get independent legal advice where you can and talk to your broker if you’re not sure.

Stamp Duty Land Tax (aka SDLT or just “stamp duty”) is a tax you have to pay when you buy a UK property worth £125,000 and up – however, there is some relief from having to pay this if you’re a first time buyer.
‍
You don’t have to pay any stamp duty if you’re a first time buyer purchasing a residential property for £500,000 or less, and you plan to live in it as your main residence.
‍
This relief can also apply if you’re purchasing through a shared ownership scheme and you’ve chosen to pay stamp duty in stages.
‍
If the property you’re purchasing is over £500,000, you’ll have to pay stamp duty on the portion that’s over – so if your property is £600,000, you’ll pay stamp duty on £100,000 of the property price.
‍
If you don’t plan to live in the property as your main residence, you’ll have to pay stamp duty as normal.
‍
If you’re buying in Scotland, there’s a different system called Land and Buildings Transaction Tax (LBTT). If you’re buying in Wales, you’ll pay Land Transaction Tax (LTT).
‍
When you’re gathering your savings and thinking about your deposit, make sure you budget for all the other costs of buying a new home too.
‍
Our stamp duty calculator makes it easy for you to understand how much you need to pay.

Do your sums. Then do them again.

‍You’ll need a lot of money upfront for your deposit – especially if you want the best rates. There are also loads of extra costs involved when you buy rather than rent, like legal costs, lender fees, buildings insurance or service charge, buying new fixtures and fittings… so make sure you know what to expect.
‍
Be flexible

‍This is the biggest purchase you’ll ever make, and there are lots of moving parts. It’s almost inevitable there’ll be some hiccups during the whole process. Don’t be tempted to rush through a deal that looks good or the first bank you speak to – make sure you take the time to find the best deal for you.
‍
Have your documents ready

‍You’ll need to show proof of your identity, income and outgoings, and address to apply for your mortgage. So you’ll need high resolution scans of documents like your passport, bank statement and utility bills.
‍
Here are all the documents you’ll need.

Get these ready in advance and your application will move along much faster.
‍
Finally, don’t forget the fees

‍On top of stamp duty (if you’re paying this tax) there are many potential add-on fees to factor in when you buy a home: arrangement fees, valuation fees, legal fees, booking fees…If you can afford it, keep back some of the money from your deposit to cover these.